James Michalopoulos began his journey in 1951, the son of a prominent modernist architect father whose designs helped reshape downtown Pittsburgh. One of six children, he was raised in a home full of art, including paintings by his uncle, the influential surrealist painter William Baziotes.

Despite all the artistic influence, Michalopoulos was drawn to science and economics and imagined a career in one of these fields. After graduation from Bowdoin College in 1974, he spent his postgraduate years consumed by work in the cooperative movement. He managed the Boston Food Coop and then founded and managed the Cambridge Cooperative, which became America’s largest storefront coop.

After leaving the coop movement, Michalopoulos opened a series of small businesses, including Fruit Juice on the Loose and Franco's Market. After he sold these enterprises, he began his winding route to New Orleans by way of Washington, DC.  While on the road, he began to sketch to fill the free time. A flirtation with art became an affair. Then a marriage. Self-taught, he set up a studio in Washington, DC at Dupont Circle. He sold his work in the park and did portraits in front of Safeway in Adams Morgan.

A strictly plein airpainter, Michalopoulos was challenged to find a winter locale to continue his work. In 1979, he was drawn to New Orleans as the last bastion of hippie bohemian culture in America. The city, and its “Culture of Celebration,” held an intense appeal. Perhaps most importantly, it was affordable, enabling artists of all types to find a home. He began sketching artists and musicians, houses and street corners. Fascinated with the duality of beauty and decay, the architecture of the city became his muse. His portraits of shotgun houses and Creole cottages, captured in layer upon layer of thick impasto paint, brimmed with color and energy and captured the essence of his subject. This body of work established him as the most influential living artist in the region today.

During this time, he developed an abiding interest in musical imagery. His portraits represent all segments of the musical stratosphere and have been featured on the coveted New Orleans Jazz and Heritage Festival poster six times, more than any other artist in the festival’s history. In the early years, his atelier printed the posters using a remarkable 36-screen hand-pulled process.

In the early 1990s he maintained a studio in Lausanne, Switzerland, and exhibited both there and in Geneva, London, and Berlin. During a trip to France in 1990, he fell in love with Provence and the Burgundy region and bought a home near Cluny. Today he divides his time between New Orleans and Burgundy. The French countryside—with its Roman era stone buildings and verdant fields—has become a large focus of his work.

Exploring his lifelong interest in science, innovation, and manufacturing, he founded Celebration Distillation in 1995. Now the oldest operating rum distillery in the continental United States, it creates some of the country’s highest-rated rums, including Old New Orleans Rum and Gingeroo.

Michalopoulos is the founder of NoRo Artist Studios—a square city block of affordable artist spaces for the next generation of New Orleans creatives—and he was an early force in the redevelopment of downtown Covington, Louisiana.

As steward of the Michalopoulos Foundation, James supports expressiveness in architecture and affordable housing for emerging artists. In addition, he remains a passionate preservationist and philanthropist, supporting historic neighborhoods and a multitude of community charities.

Michalopoulos sees a great future for New Orleans as a cultural light for the 21st century.  He says that Louisiana is “The State of Gratitude,” and he insists, “We can show the world how to live.” He still loves to costume for Mardi Gras.

"Elemental truth of/in my subject and life drives me. I am focused on the expression of the essentials - the force and essence of my subject. Highest and best is a representation that recreates the heart of the subject and its outward evident beauty or qualities.

My style is an abstraction of the figurative. I like color, volumetric shape, and graphic lines. while one knows my subject one knows more fully the spirit of the subject. I take my liberties and express my emotions in a poetic interpretation."

“Heart of the Matter: The Celebration of the Essential in Everyday Life,” Norton Museum of Fine Art, Shreveport, LA

2021 “The Art of the Heart,” sculpture placed in front of Discovery Health Science Academy, Kenner, LA

“Prospect.4: The Lotus in Spite of the Swamp,” New Orleans, LA 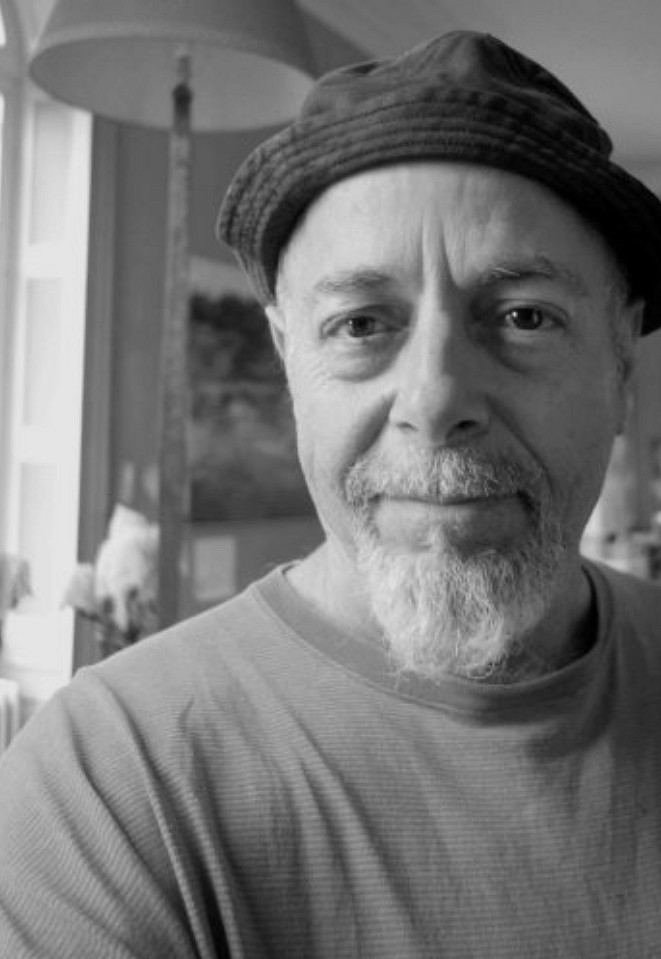 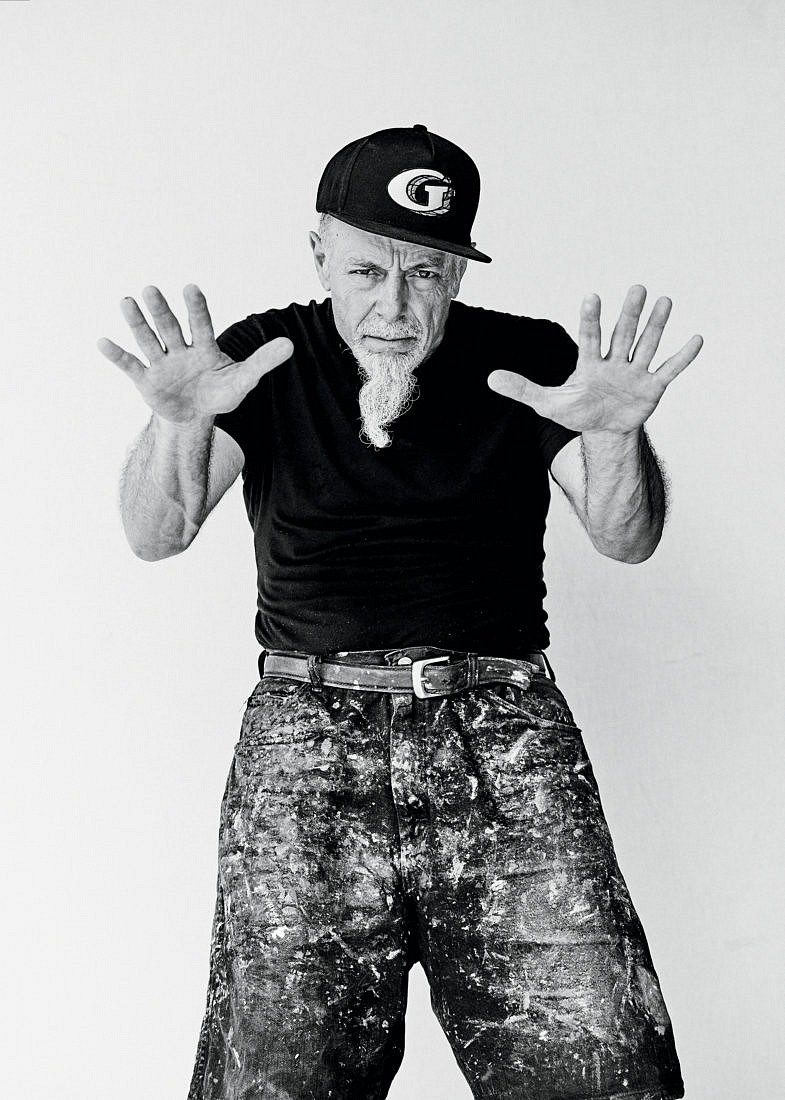 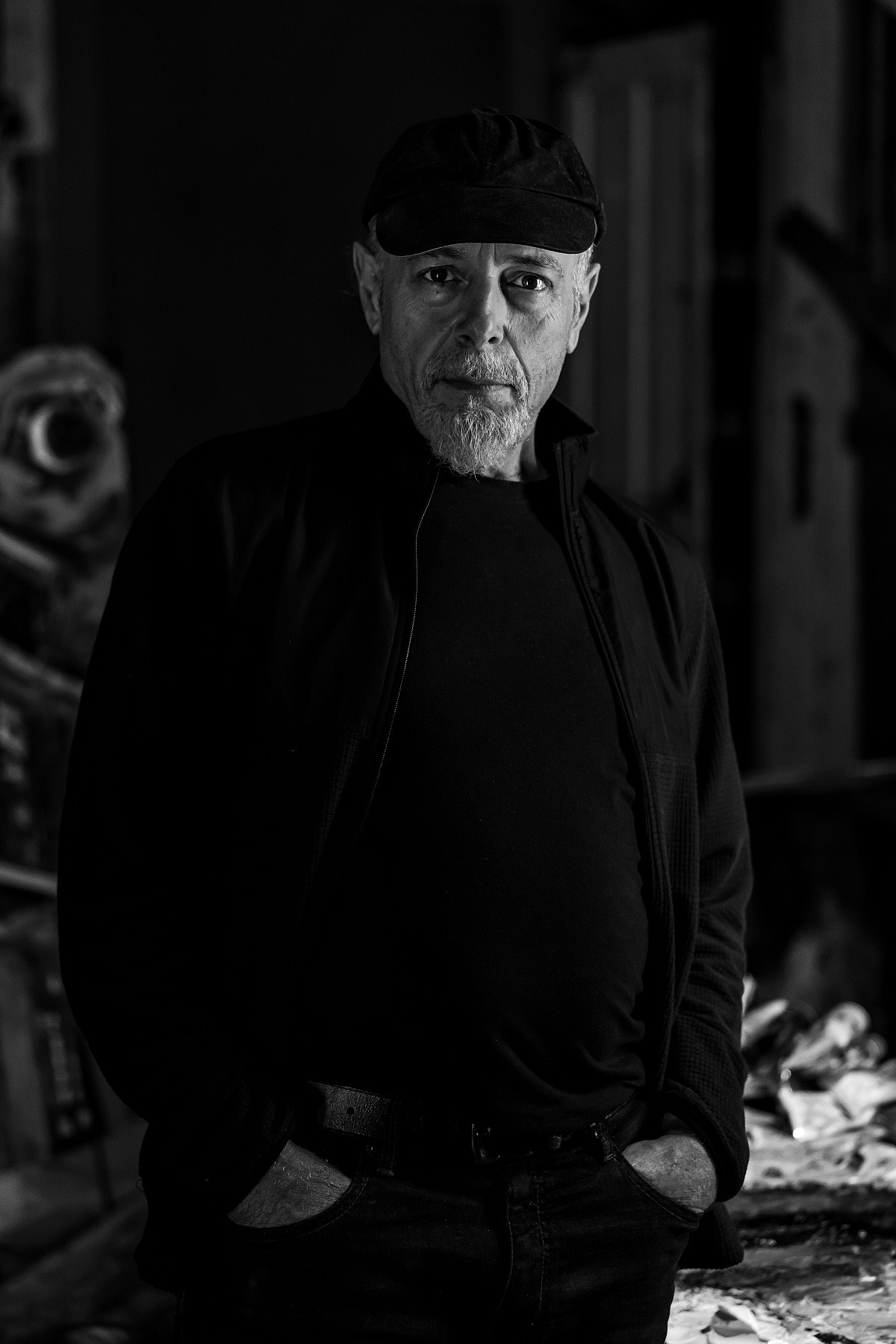